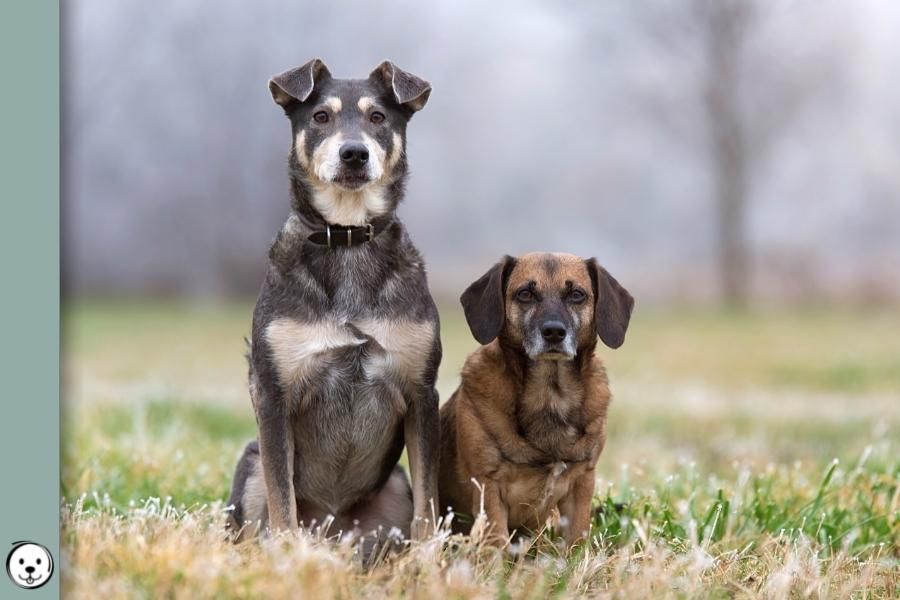 The A-Locus interacts with E-Locus to regulate when and where phaeomelanin or eumelanin will be produced in a pattern. Different alleles cause either clear sable, shaded sable, agouti, saddle pattern, tan points or recessive black.

The Agouti-Locus affects the temporal and spatial distribution of phaeomelanin and eumelanin. Together with the E-Locus and K-Locus, it is part of the canine pigment type switching system.

The A-Locus controls where and when phaeomelanin is produced at the cost of eumelanin.

If pigment production is not restricted (e.g. by recessive red or dominant black) the A-Locus is responsible for a variety of patterns most of which show some amounts of both eumelanin and phaeomelanin.

To express a regular A-Locus pattern a dog in any case has to be ky/ky at the K-Locus. If he is kbr/- he will still express his A-Locus pattern, but with brindle striping in all red or yellow areas.

Not a long time ago we had only a very basic understanding of the different A-Locus phenotypes. Genetic testing could only distinguish between four distinct patterns: Ay>aw>at>a.

But we couldn’t explain all pigment patterns with only sable (Ay), agouti (aw), tan point (at) or recessive black (a). There was no clear explanation for saddle pattern seen in Beagles or German Shepherd Dogs nor for differing amounts of dark shading in sable coats.

New genetic studies provide a much better understanding and lead to an expansion of the allelic series at the A-Locus. There are now 6 different alleles at the A-Locus[6]:

But there are many well-known intermediate phenotypes in heterozygous dogs (e.g. at/a expresses with smaller tan points than at/at).

This simple tool can help you predict different A Locus combinations:

But it failed to explain all the different pigment patterns seen in some breeds. There was no reliable test for saddle pattern and no one could with certainty predict if a sable would come out as shaded or not.

Each A-Locus contains one Ventral Promotor and one Hair Cycle Promotor (named after similar genes in mice) which have an independent effect on a dogs color pattern:

There are different versions of VP and HCP that vary in activity and cause different pigment distribution patterns:

VP1 is the more active version of the ventral promoter and causes more yellow on a dog’s underside. It is found in dogs with dominant yellow and black saddle.

VP2 is the wild type version of the ventral promotor and causes normal tan markings especially on a dog’s underside. It can be found in dogs with shaded yellow, agouti and black back patterns.

HCP2 causes normal hair banding and is found in dogs with agouti pattern.

VP and HCP are not different genes but different regions inside the ASIP gene!

So any combination (e.g. VP2-HCP1 or VP1-HCP4) will be inherited as a package since any separation or rearrangement is very unlikely. A particular nucleotide sequence (in this case any combination of VP with HCP inside ASIP) on one and the same chromosome is called a haplotype.

There are different haplotypes that represent the new alleles at the A-Locus and cause a variety of patterns:

Here you can read more about the different patterns known to be caused by the A-Locus. Remember, any pattern can temporarily express more eumelanin than expected in puppy coats.

Dominant yellow dogs have an almost solid yellow to red coat color in all pigmented areas.

While puppies can still have some amount of darker hair tips the adult coat shows minimal to no dark shading. This phenotype is also known as clear sable in many breeds.

Homozygous dogs (Ay/Ay) probably on average turn out with a much more uniform yellow coat than heterozygous (e.g. Ay/at or Ay/a) dogs.

An all red or yellow coat can easily be mistaken with recessive red. But usually dominant yellow dogs have black whiskers, solid nose pigment or some darker puppy shading or at least some single black hairs somewhere on the body.

Since the adult coat has no or almost no eumelanin this phenotype can hide any pattern that needs at least some eumelanin to be visible, e.g. merle, greying or dilution.

But depending on other coat color loci some dominant yellow dogs can have a black mask or show a brindle pattern.

Dominant yellow is an old phenotype and was probably already present during early dog domestication[6]. It is very common in many of today’s dog breeds from all breed groups like Basenji, Boxer, Irish Terrier or Great Dane.

Shaded yellow or shaded sable causes an all red or yellow coat in all pigmented areas. But in this case, dogs express moderate to heavy dark shading in the form of dark hair tips.

Again, shading can be even more abundant in puppy coat. Typically these dogs go through a paler phase during adolescence and some shading returns later in the adult coat.

Dark-tipped hairs usually concentrate on the dorsal area and can be extended in dogs that have a melanistic mask. Heterozygous dogs (e.g. Ays/aw) might have more shading than homozygous dogs (Ays/Ays).

Since there is some eumelanin visible these dogs can express some of the colors and patterns found on other loci. Shaded sable dogs can have a somewhat visible sable merle pattern or have a distinct liver sable or dilute sable look about them.

Shaded yellow can be seen in dogs with a normal ventral promotor VP2 and an active hair cycle promotor HCP1. This causes more yellow pigment on the ventral areas but enables some shading in the upper body parts.

Agouti causes banded hair on a dog’s upper side while the coat on the ventral area remains clear red or yellow without banding.

Banding is defined as darker and lighter areas in single hairs. This is caused by alternating between eumelanin and phaeomelanin production during hair growth.

Homozygous dogs (aw/aw) tend to be a littler lighter compared to heterozygous dogs (aw/at or aw/a) Saddle carriers (aw/asa) are thought to express a banded agouti saddle but no dog with this phenotype has been tested with the new system yet.

Since agouti is a pigment pattern found in many wild animals like grey wolves it is often called wolf sable or wolf grey.

Dogs with this pattern have a normal hair cycle promotor HCP2 that causes banded hairs and a normal ventral promotor VP2 that only lightens a dog’s underside and facial markings.

Dogs with saddle tan are born with a tan point pattern but their tan markings soon begin to expand until black is restricted only to a dog’s neck or mantle.

Saddle tan is caused by a combination of an active ventral promotor VP1 with a non-working hair cycle promotor HCP4. The yellow areas on a dog’s underside are larger than usual while the upper body can’t express true banded coat and will be mostly solid black.

Also known as black-and-tan or black back the tan point phenotype is created by a black dorsal pattern with symmetrical tan markings.

Lighter markings are found on the cheeks, eyebrows, throat, chest, belly, lower legs and under the tail[4].

Dogs that carry for recessive black (at/a) tend to have smaller points than homozygous dogs (at/at).

In dogs with a classic black-and-tan phenotype we can expect a normal ventral promotor VP2 that clears the typical areas of tan markings from banding while the rest of the coat will be solid black because of a non-working hair cycle promotor HCP3, HCP4 or HCP5.

The ASIP gene works by telling the E-Locus when and where to switch back to phaeomelanin production.

But a dog that simply has no working ASIP can never switch back to phaeomelanin production and can only produce black pigment. And this is exactly what happened in recessive black dogs.

Since this is the most recessive trait in the allelic series of the A-Locus this phenotype is called recessive black. It creates a solid eumelanin-colored coat in all pigmented areas.

But for some reason, some dogs with a/a still have some tan bleed through or even clear tan markings on teir legs.

Recessive black, for now, was only found in dogs with a VP2–HCP3 haplotype (black back). But the mutation causing the solid black phenotype was found in a completely different place inside coding regions of the A-Locus.

These are the new terms used for allelic variants at the A-Locus:

The new system can explain all the different ASIP phenotypes more precisely. This renders the old allelic series (Ay, aw, at, a)[1,3,4] and also the proposed recombinant ayt allele[5] somewhat irrelevant.

But the old nomenclature of the A-Locus alleles (Ay>aw>at>a) is a long-established system and will surely be around in conversations and genetic testing for some time. So it might make sense to understand both systems before discussing coat color genetics with other dog people…

And for now, not every company tests for the new variants. And as said the old system has its shortcomings: