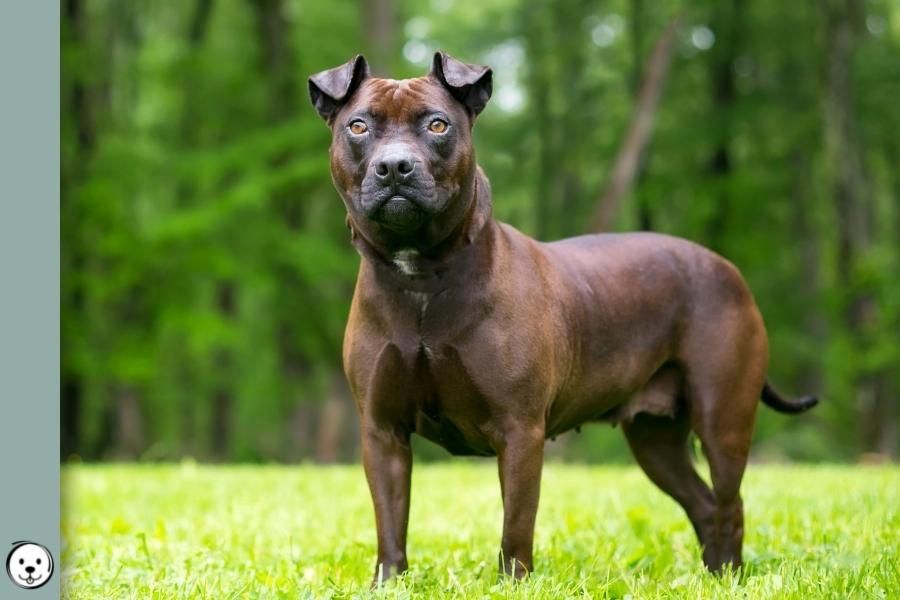 Seal causes a more or less pronounced golden, red or brown sheen on a black coat. This is often accompanied by a darker dorsal stripe and darker coloration on the lower legs, tail and face. Seal and ghost tan seem to be caused by incomplete dominant black that can’t fully mask a dog’s A-Locus pattern. But the genetics of seal is still a mystery.

What are Seal and Ghost Tan?

Seal and ghost tan commonly only happen on dogs with a KB/ky genotype. Normally this genotype would cause a solid dominant black phenotype in all pigmented areas.

But in seal or ghost tan coloration, a yet unknown allele or modifier causes a phenotype that is often described as incomplete dominant black, some kind of modified dominant black or simply “bad black“.

Seal does not happen in breeds that commonly don’t have any KB in their gene pool (e.g. think of Shelties, Beagles or Shibas that are all ky/ky).

Apparently, a dog has to be dominant black to create seal or ghost tan.

The black in a seal coat can’t cover the agouti gene pattern as it should. So whatever a dog has on its A-Locus will faintly or very obviously shine through the black coat.

But: The paler coat in seal coloration only develops in areas where there would be yellow in the pattern a particular dog has on its A-Locus. A genotypically sable dog will be seal colored or ghost sable while tan points at the A-Locus cause ghost tan or ghost tri.

Since a sable dog would be yellow all over his seal affects the whole coat and can be seen on dogs that are genetically KB/ky Ay/- or in some rarer cases KB/ky aw/-.

Most of the body gets an unusual coppery, bronze-colored, golden, red or even brown shade while a dorsal stripe along the back and the extremities, tail, face and ears very often keep a much darker color.

Seal can be combined with brindle striping to form seal brindle, a combination sometimes found in breeds like Boston Terrier, Boxer or some sighthounds.

Black seal can look brown but affected dogs will still have a black nose which is impossible in a truly liver-colored dog.

In longhaired dogs like Border Collies seal causes a pale undercoat with pronounced light “angel wings” on the shoulders and light feathering on the hind legs. And seal in puppy coats can get very pale in the first months while the dog gets his adult coat.

Ghost tan works the same way as seal but appears on dogs that are KB/ky at/-.

It does not turn all of the coat pale like seal but causes a very subtle tan or red cast only visible in the areas where normal tan points would be. Ghost tan points can most often be spotted on the muzzle and the lower legs.

Seal and ghost tan can be seen best in direct sunlight and in comparison to a true black dog. Puppies born with a seal coloration already look paler or more brownish-yellow in comparison to truly black pigmented siblings.

Which breeds can be seal or ghost tan?

Since this almost always affects dogs that are heterozygous for dominant black (KB/ky) seal only happens in dog breeds that have both KB and ky in their gene pool.

Here are just some examples for breeds where you can sometimes find seal:

Since seal is somewhat rare and barely detectable in lighter coats there are many combinations like seal merle, seal domino, greying & seal, blue seal, liver seal or lilac seal with only very few confirmed examples.

Some of these are especially hard to spot on images.

We don’t know which secret ingredient causes seal. But we know that it mostly happens in dogs with a KB/ky genotype paired with Ay/- at the A-Locus.

These dogs can get very pale and resemble liver-colored dogs to some degree. But there are no “black-nosed brown dogs” since brown eumelanin would always turn coat and nose pigment brown. So if the nose looks black but the dog looks brown it might be seal!

A similar, but slightly darker and much more rare combination is agouti seal in dogs with KB/ky aw/-. This mostly happens in northern breeds.

In dogs with a KB/kbr genotype seal can make some of the brindle visible again despite the dog also being dominant black. This phenotype is also called ghost brindle.

On dogs that are brown brindle, blue brindle or lilac brindle to begin with the seal effect is less visible.

On a dominant black dog with blue pigment and a sable genotype (KB/ky Ay/- B/- d/d) seal will not always be as obvious as in black-based patterns.

But the telltale signs of seal are still the same so you should expect to see a blue dorsal stripe and a blueish facial pattern on an otherwise coppery-yellowish coat.

Dominant black with liver-colored eumelanin will cause a solid brown coloration in all pigmented areas.

In a chocolate seal or liver seal dog (KB/ky Ay/- b/b D/-) the brownish hue might not be as high in contrast in a liver coat as in a black seal.

Lilac Seal is a rare combination and is often barely visible even in direct sunlight. In a lilac seal you should expect a very pale lilac dog with a yellowish hue and an isabelline coloration at the midline and the face.

In theory, a dog can combine greying on a dominant black coat with seal. But greying only happens on furnished or curly dogs which inherently makes it very hard to spot a seal phenotype or distinguish it from a sunbleached coat.

Merle deletes some pigment in all coat areas pigmented by eumelanin.

The remaining black patches can get a red shade through seal creating a very rare seal merle coat. There are very few examples of dogs that look Seal Merle.

Typically pigment fading is also strongest mid-body and weaker on the extremities and tail, dorsal midline and the face.

Ghost tan point happens in dogs with a KB/ky at/- genotype and causes very faint yellowish or reddish markings where normal tan points would be.

Ghost tan can not only happen on dogs with classic tan markings. It also happens in dogs with creeping tan or saddle pattern.

Again, the red color tint only is visible on all areas that would have been tan-colored if the dog had expressed his agouti gene pattern.

Since seal and ghost tan can be hard to spot they are often confused with other terms or phenotypes: