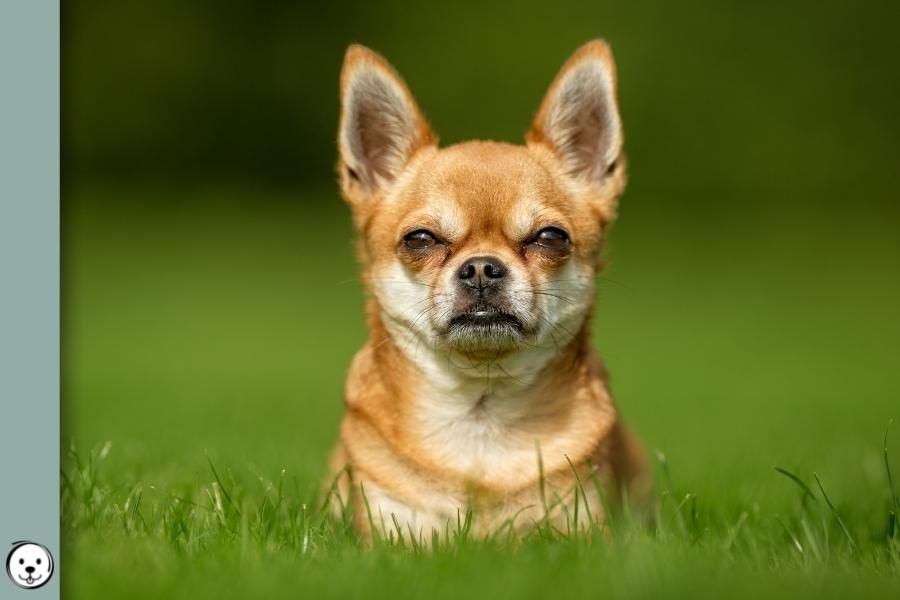 If your dog has a lighter coat on his underside compared to his upper side he likely has some form of countershading. This is a pattern found in many animal species including dogs.

Animals with countershading have a much paler underside compared to the upper half of their body.

This type of coloring represents the wild type in dogs and many other animals. We don’t know the function of countershading is[2]. A common theory explains countershading as an adaptation that counterbalances the body’s shadow and provides camouflage[1].

See, an animal that is lit from above casts a shadow. This creates a contrast between top and bottom and makes it easy to spot. Having a pale underside counterbalances the shadowing effect, decreases contrast and thus helps to blend with the background. So countershading in wild dogs, wolves or other species is thought to improve background matching and reduces the dog’s contour.

But countershading might have different or additional functions. Maybe more pigment on the upper side gives more protection from sunlight. But we really don’t know for now.

Some hue variation is considered normal in about every red dog. But countershading causes a pale pigment intensity on distal parts of the body and extremities.

Countershading noticeable adds pale markings to the lower half of the muzzle, cheeks, eyebrows, lower jaw, throat, forechest, belly, inside of the legs and the underside of the tail. Although in some dogs it doesn’t create very pronounced facial markings.

Many different dog breeds can have countershading. In some breeds, it just occurs occasionally or is hidden by other patterns like white spotting. In other breeds, countershading is a required trait and part of the breed standard. Japanese breeds like Shiba Inu or Akita call their countershading Urajiro.

Countershading can be pale red, cream or nearly white. In some cases, it is very bright and refined with crisp edges. In other cases, the pale coat gradually blends into the red on the dog’s upper side.

So countershading may be loud or subtle. And of course, it stands out more in dogs that produce dark orangey or red pigment on their upper side. If a dog has a low phaeomelanin intensity we can’t really spot pale countershading on an already very pale coat.

Countershading can only be visible in patterns with some amount of red pigment. This includes patterns like sable, shaded sable, agouti, saddle pattern or tan points with or without brindle.

In some cases, the lighter markings may be hidden by other patterns a dog has.

This can happen due to white spotting (or Irish spotting like in Corgis, etc.) or heavy brindle that can cover up areas with red pigment. And northern domino or sighthound domino tend to cause pale phaeomelanin and can obscure the original color gradient.

Many breeds with countershading have a black mask. But extended melanistic masks add pigment not only to a dog’s muzzle but also to its chest and legs. This can cover some of the countershading.

Urajiro is just the term many Japanese breed standards use for countershading. It can be translated as “underside white“.

Shiba Inus and Japanese Akita are known for their often very bright and refined countershading.

But urajiro is used to describe any form of countershading and is also used in breeds with less pronounced patterns like Kishu. Urajiro can have colors between beige and creamy white, have different spreads and can have crisp edges or blend into the red coat.

Agouti causes black-banded hair on a dog’s upper side but leaves solid red areas on the lower muzzle, above the eyes and on the legs and belly.

Countershading adds a color gradient inside the red pigment from bottom to top. This is a very wolf-like pattern combination found in breeds like Siberian Laika, Saarlooswolfdog, Czechoslovakian Wolfdog or Tamaskan.

Brindle adds vertical stripes of dark pigment on top of any red coat. It covers some of the countershading pattern which is only visible in-between brindle stripes.

So combined with a tan point pattern only the tan markings are affected. Usually, the lower jaw and throat have a much lighter color intensity than markings along the nose bar and above the eyes.

Dogs with creeping tan or a saddle pattern have large areas with tan pigment. So countershading usually is easy to spot in these patterns.

Many dogs with solid recessive red coat have a darker upper side and paler legs and a paler belly. But they don’t seem to express the lighter facial markings typical for complete countershading.

These patterns are not caused by countershading: